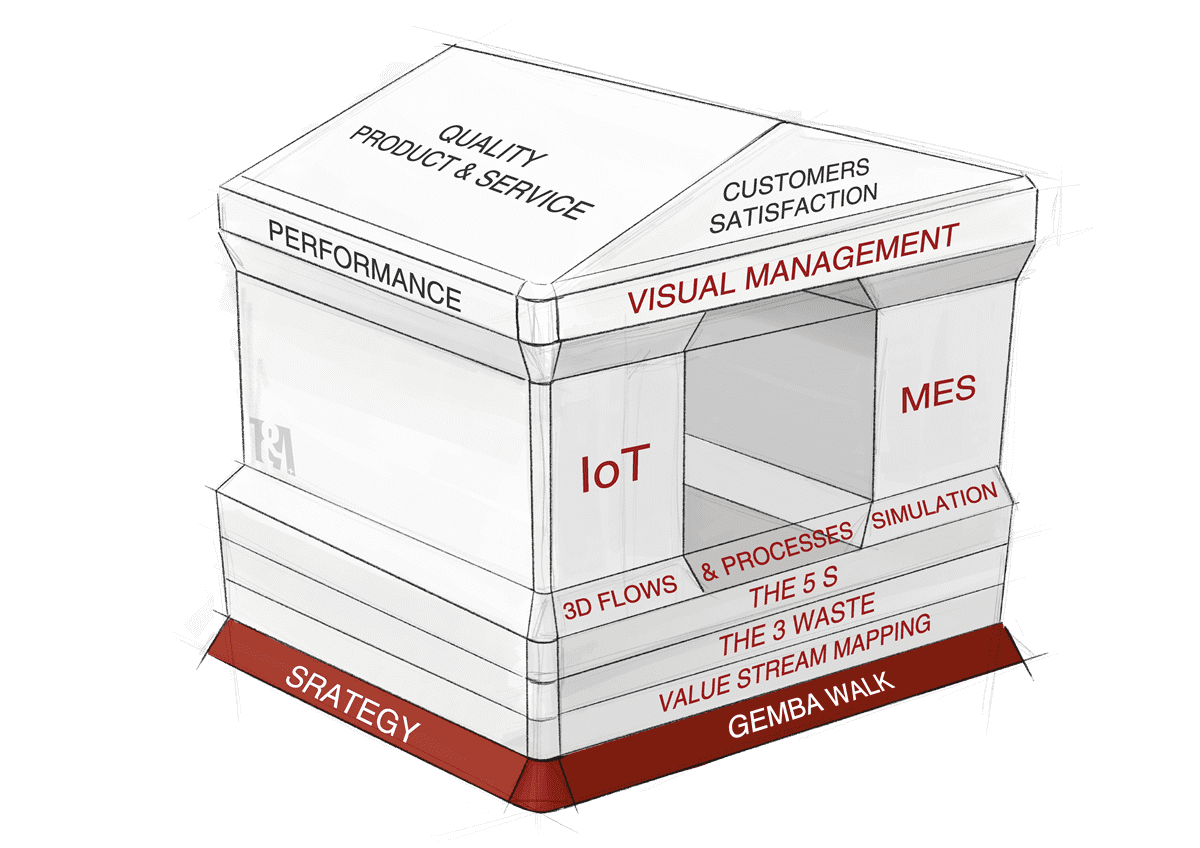 Lean is a company philosophy, born in the 1950s in Japan at Toyota, aimed at improving process performance using a few tools, methods and good practices accompanied by a lot of common sense and rigour. Over the years, it is the result of countless feedback from practical experience which has given rise to methodologies and a frame of reference. It is an approach that is mainly dedicated to management. 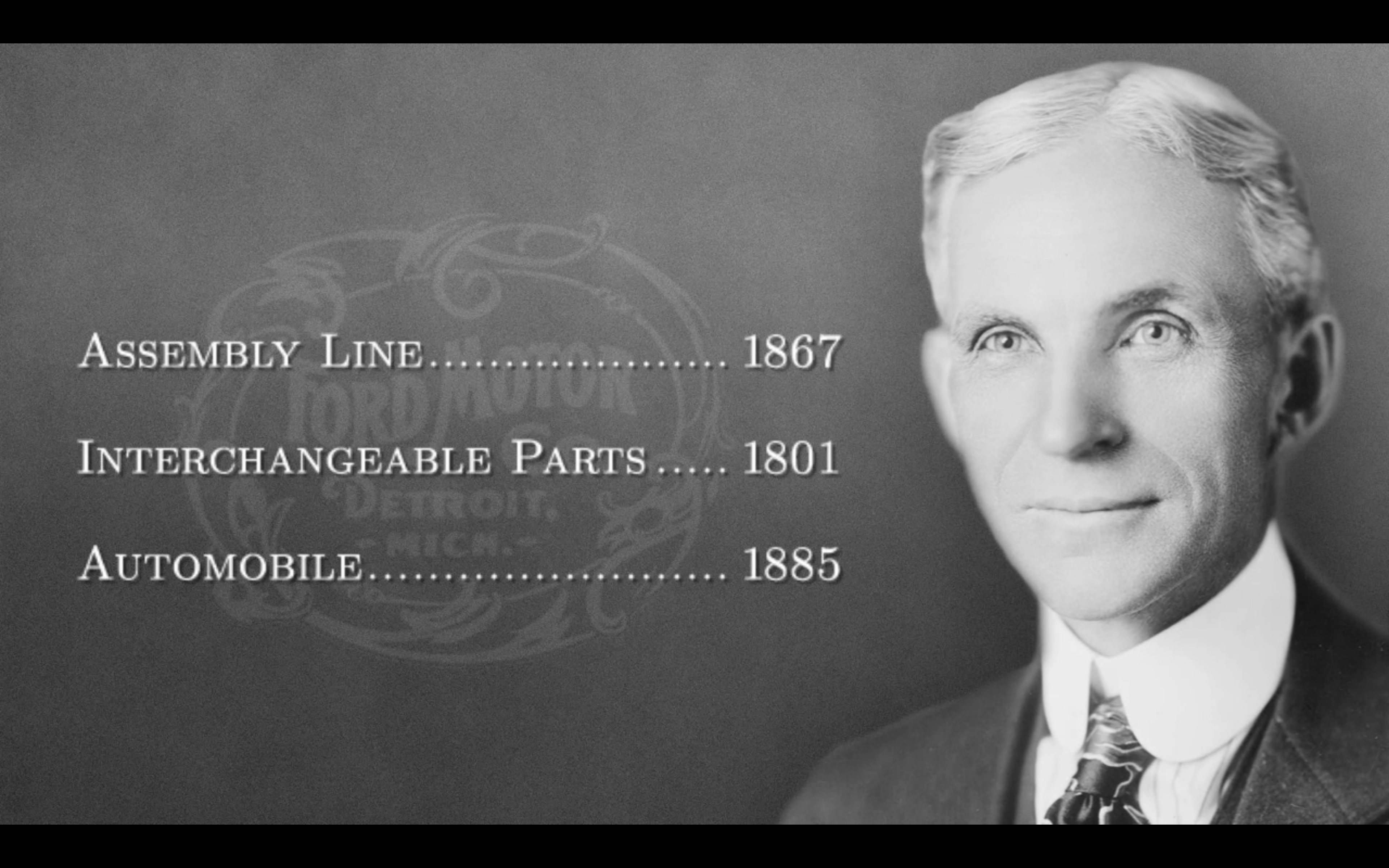 “I will build a car affordable for everyone,” Ford proclaimed when announcing the birth of the Model T in October 1908.

Henry Ford was the first to integrate a global production process by creating production lines with a continuous flow of parts. 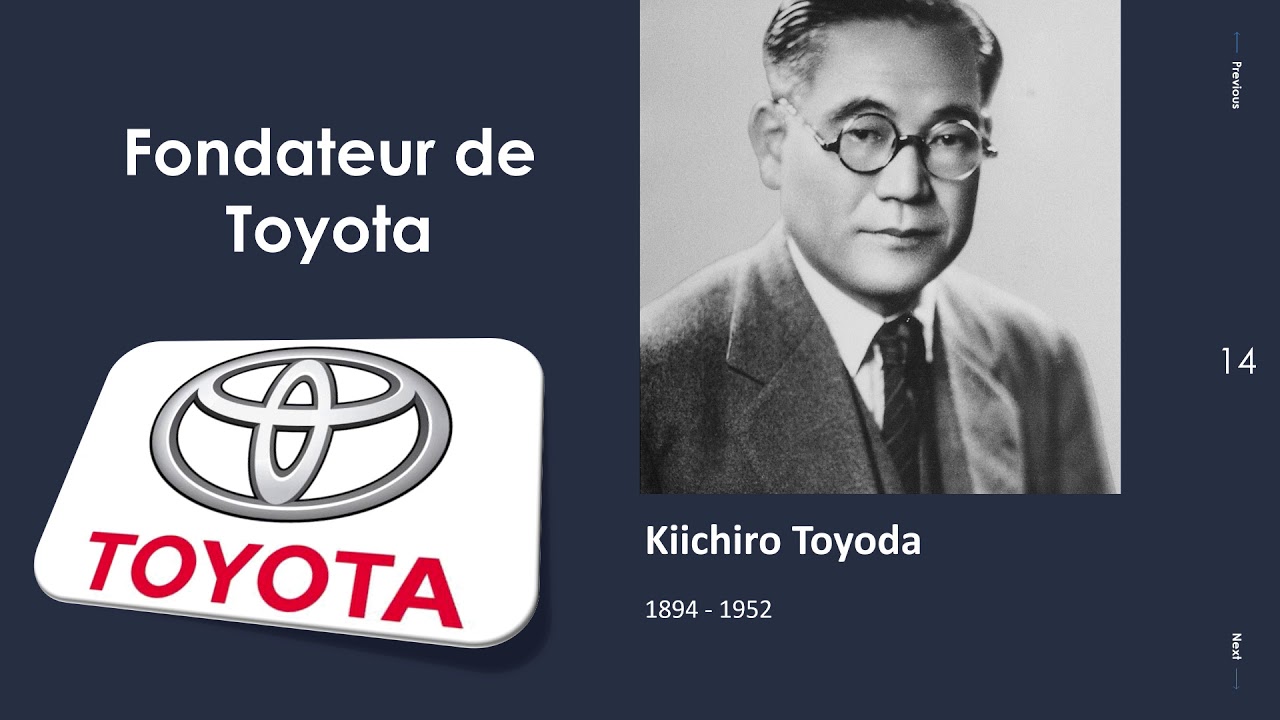 In the 1950s, the Japanese company Toyota was 8 times less efficient (productive) than its American competitors. She wants to take up the challenge, Kiichiro Toyoda, son of the founder of Toyota, relies on the genius of 2 engineers Taiicho Ohno and Eiji Toyoda who developed a new company performance system called the TPS which is at the origin of the LEAN:

The main objectives of TPS are to avoid overload (muri) and inconsistencies (mura), and to eliminate waste (muda). It took nearly 60 years for Toyota to become the world's No. 1 automobile.

LEAN is a systemic approach to designing and improving processes by aiming for an ideal state centered on customer satisfaction through the involvement of all employees.

LEAN is a system aimed at generating maximum added value, at the lowest cost and as quickly as possible, by using the resources just necessary to provide customers with what makes value in their eyes.

LEAN, more operationally oriented, can also be defined as a structured observation in a frame of reference. observation should lead to understanding how activities are interconnected, what their relationships are and how to allow the flow of an ideal flow.

These principles are the foundation of industry transformation

1. Stay focused on your mission by constantly improving products and services. The purpose of a business is to be competitive, to attract customers and to provide work.
2. Adopt the new philosophy. We are in a new economic age. Western leaders must educate themselves on their new responsibilities and lead the change.
3. Ensure that the Quality of the products requires only a minimum of checks and verifications. Integrate Quality into the product from the design stage.
4. Abandon the lowest buy rule. Instead, seek to reduce the total cost. Minimize the number of suppliers per item, building long-term relationships of loyalty and trust with them.
5. Constantly improve all planning, production and service processes, which will lead to cost reduction
6. Institute permanent professional training.
7. Establish leadership, a new way for everyone to exercise their authority. The purpose of leadership is to help men and machines work better. Review how to order.
8. Drive out the fear, so that everyone can contribute to the success of the company.
9. Break down barriers between services. Working in a team spirit will prevent problems from appearing during the development and use of products.
10. Remove exhortations and formulas that ask employees to achieve zero defects to increase productivity. They only create conflicting situations.
11. Eliminate production quotas, as well as all forms of management by objectives. These methods will be replaced by leadership.
12. Remove the barriers that prevent employees, engineers and managers from taking pride in their work, which involves the abolition of merit pay and management by objectives.
13. Institute an aggressive program of education and self-improvement
14. Mobilize everyone in the company to accomplish the transformation

James P. Womack and Daniel T. Jones set out 5 generic principles at the birth of Lean:

1. Define value - Specify what makes or creates value for the customer
2. Identify the value stream
3. Create the flow - Encourage the flow of the flow
4. Pull streams
5. Aim for perfection

Jeffrey Liker translated and formulated Toyota's TPS system into 14 principles that can be transposed to other business sectors.

1. Base your decisions on a long-term philosophy even at the expense of short-term financial goals
2. Organize processes into part-to-part flows to update issues
3. Use pull systems to avoid overproduction
4. Smooth production (heijunka)
5. Create a culture of immediate problem solving, first-time quality
6. Task standardization is the foundation for Continuous Improvement and employee empowerment
7. Use visual control so that no problem remains hidden
8. Use only reliable, long-proven technologies that serve your people and your processes
9. Train leaders who know the job inside out, live the Lean philosophy and teach it to others
10. Build exceptional individuals and teams who live by your company philosophy
11. Respect your network of partners and suppliers by encouraging them and helping them to progress
12. Go to the field to fully understand the situation (genchi, gembutsu)
13. Decide by taking the necessary time, by consensus, considering in detail all the options. Quickly apply your decisions
14. Become a learning company through systematic reflection (HANSEL) and continuous improvement (KAIZEN)

INCREASING THE EFFICIENCY OF PRODUCTION PROCESSES

INCREASING COMPANY EFFICIENCY AND COMPETIVITY THANKS TO 4.0 TECHNOLOGIES

INCREASING COMPANY EFFICIENCY AND COMPETITIVENESS THANKS TO 4.0 TECHNOLOGIES